After six fun-filled and sun-drenched days, Larmer Tree Festival concluded its 25th anniversary on 19 July with an unbeatable combination of award-winning comedian Bill Bailey and the legendary Jimmy Cliff performing on the festival’s Main Stage in front of a packed out crowd.

James Shepard, Festival Founder and Director said: “This year was definitely the best one yet. I don’t think we could have made it any better! The weather was fantastic, and the headliners, well they were better than I could have ever imagined. Larmer Tree wouldn’t be what it is without such a fantastic audience so I’d like to thank everyone for joining us. Here’s to another 25 years!”

2015 saw an extra date added for the first time, with the festival hosting a six-day party to celebrate their 25th annual festival in the beautiful Victorian pleasure gardens. Over 100 artists and bands performed across six stages, with dozens of late-night DJ sets and secret acoustic gig sessions supplementing the music line-up.

To celebrate the 25th anniversary, Larmer Tree held an allocation of day tickets back for sale at the Box Office, offering festival-goers the chance to come along on the day and join the party. This initiative was an overwhelming success with a record number of tickets sold and each day selling out of their allocation.

Larmer Tree is one of the few independent festivals to reach such a milestone, and the team planned a party to remember. The audience were treated to a number of new and one-off happenings to mark the occasion,
including the specially commissioned Larmer Tree, a major site art installation designed and created by award-winning Circus Kinetica and featuring colourful peacocks decorated by local schools and community
groups. There were pop-up gigs by the Tree Top Troubadour, who performed from a Chesterfield perched high in the trees above the main lawn, flashmob appearances and Big Top takeovers by ping pong champs the Kings of Ping and The Dan Swank Foundation dance off!

The celebratory mood continued with a ‘Silver Saturday’ anniversary dress-up theme, while on Sunday, audience proudly sporting 25 years of Larmer T-shirts gathered for a group photo. The audience explored brand new areas, The Retreat for daytime workshops and The Hide club venue by night, while The Pavilion enjoyed an extended programme of talks and shows, including an audience with James Shepard, Festival Founder. All week, festival-goers were on the lookout for surprises around the site; from the giant colour-changing balloons which appeared over the main lawn crowds, to Larmer Tree Festival wine discovered in the Goblin House, or numerous pairs of silver tickets offering passes to secret acoustic backstage sessions with Songs from the Shed.

The line-up this year saw two sets from Sir Tom Jones supported by The Shires, who together launched the festival in style on Tuesday and Wednesday nights. The Shires are the first ever UK country act to enter the official UK album top 10, and brought their refreshing Nashville Tennessee sound to the ‘shires of England. With a bittersweet set from the soon-to-split Bellowhead, and a storming series of performances from The Levellers, Ed Byrne, The Magic Numbers and Rodrigo y Gabriela on the Thursday and Friday nights respectively, the atmosphere on site was electrifying as the festival rolled into the weekend. The Levellers only recently turned 25 themselves and are no strangers to the festival, having performed in both 2008 and 2012.

The audience on Saturday and Sunday were spoilt for choice. With a packed schedule on every stage, the festival site reverberated with music and laughter over two amazing summer days. Highlights included the haunting vocals of Bristol-based Laura Doggett, funk and disco inspired Ibibio Sound Machine and the glorious Femi Kuti on the Main Stage, followed by Seann Walsh performing to a crowd of over 1,000 in the ARC on Saturday night.

Following a toe-tapping carnival procession around the festival site on Sunday, led by the 20 piece Samba band Magic Drum Orchestra, the main lawn kept dancing all afternoon as first Molotov Jukebox, then returning favourites Coco and the Butterfields warmed up the crowds. In the stunning evening light, the festival reached its ultimate high point, as Bill Bailey and the legendary Jimmy Cliff performed to the packed gardens.

Following in the footsteps of Tim Minchin, Bill Bailey is one of only two comedians ever to headline Larmer Tree Main Stage, delivering an hour of nonstop humour with lashings of music thrown in. His electronic, German rendition of Miley Cyrus’ Wrecking Ball and his take on Happy Birthday in honour of Larmer Tree’s anniversary had the crowd in stitches. 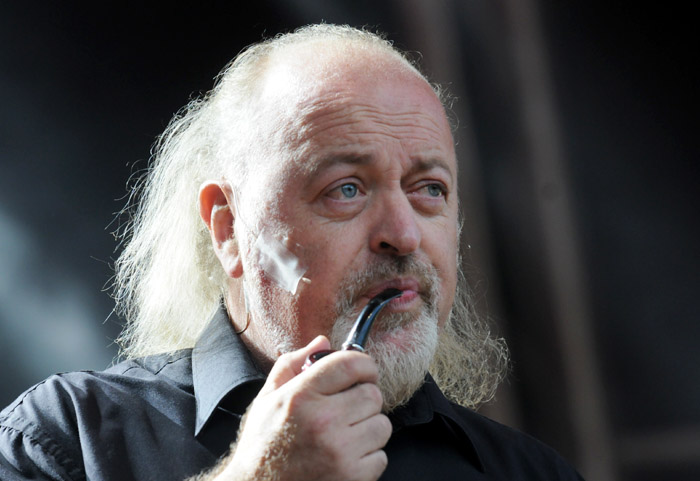 Julia Safe, Festival Director said: “I said before the festival that Bill Bailey had always been top of my wish list. He certainly didn’t disappoint, and had the huge main lawn crowd roaring with laughter. I’m so pleased he was able to join us for our 25th and that the audience enjoyed it as much as I did.”

Closing the event and performing music from across his 50-year career, reggae legend Jimmy Cliff sent everyone home with a swing in their step and a huge smile on their face.

Rob Challice, Festival Director said: “It was a vintage year for Larmer. The audience brought something special to the 25th party and there was such a great atmosphere over the six days. Personal highlights included seeing Jimmy Cliff close the festival on the main lawn, the success of our new late night venue The Hide, and watching some of the new talent we had playing The Social.”

As always, world music featured strongly on the 2015 Larmer Tree line-up. Music-lovers were entranced by Afro-Electro sounds from Ibibio Sound Machine, and the hybrid mix of calypso music with modern influences from Canadian/Caribbean Kobo Town. Raghu Dixit, one of India’s biggest musical exports, brought his soulful, earthy and infectious music back to Larmer Tree after an unforgettable performance in 2012. Femi Kuti & The Positive Force showcased their unique Afrobeat style with a blend of funk, jazz and African folk. Accompanied by his band The Positive Force, Kuti wowed the crowd with songs from his Grammy nominated albums.  Also taking to the main stage were acoustic guitar duo Rodrigo y Gabriela. Originally part of a Mexican thrash metal band, the pair mix the tempestuous genres of jazz, rock, nuevo flamenco and heavy metal. Their set demonstrated the band’s diversity with remarkable sounds that had everyone dancing.

Larmer Tree Festival prides itself on supporting local and emerging talent too, and runs their annual Breakthrough Music Awards competition to provide a platform for up and coming artists, with the prize being the chance to play at the festival. Drew Allen, one of last year’s LTBMA finalists played at the festival following an exciting 12 months which saw him supporting James Blunt. Bournemouth-based musician Wesley Bennett was booked after having been spotted playing in a local café.

A limited number of super early-bird tickets for the 26th annual festival will be on sale later this year. Pre-register for these via the Larmer Tree website www.larmertreefestival.com.

The Festival’s 2015 charity partner was Julia’s House, who had to call in volunteer reinforcements as their activity on site was so popular. The festival audience crocheted hundreds of squares to be made into colourful blankets for children the charity supports, while across the festival families and staff from the hospice had a chance to experience the festival, taking in the sights and enjoying the line-up. The final amount raised to support Julia’s House, including pre-festival activity and donations on-site is still to be announced.