Comedian, musician and actor Bill Bailey will headline the Main Stage at Larmer Tree Festival as one of the final acts of the 25th anniversary festival, on the evening of Sunday 19th July.

Renowned for his sharp wit and classic sense of humour, regular appearances on panel shows, his unbeatable role as Bernard Black in Black Books, and his unique use of music in his stand-up, Bailey really is the quintessential all-rounder. In advance of his upcoming UK tour Limboland, Larmer Tree Festival are overjoyed to have him join the 2015 line-up. 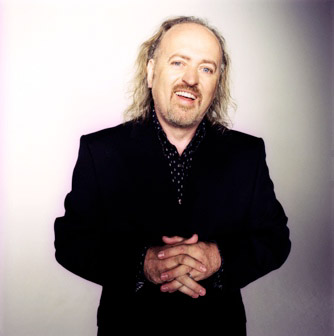 Julia Safe, Festival Director said: “Bill Bailey has always been top of my wish list ever since I started the comedy thread at Larmer Tree Festival in 2009. Every year something always seemed to get in the way so you can imagine my absolute unbounded delight when finally he agreed to perform at our 25th festival!”

Raised in the West Country, Bill was once in a group called The Famous Five – an unsuccessful band with only four members. Although a talented musician, Bill always felt an urge to slip jokes into the music. This didn’t work out so, harbouring theatrical ambitions, he spent the early 80s touring with a Welsh experimental theatre troupe. It was a John Hegley gig that finally inspired him to fuse the music, jokes and theatricality and become a stand-up comedian. The last 15 years have seen no less than five international tours, with the sixth set to entertain the UK from October onwards.

Bill Bailey said: “I’ve been a fan of festivals for a long time and always enjoy their unique atmosphere – so I’m delighted to be able to celebrate Larmer Tree’s 25th anniversary with them.”

After a full day of music across all five festival stages, plus the culmination of the weekend’s creative workshops in a colourful carnival procession in the afternoon, Bill joins Jimmy Cliff to complete the 2015 headline line-up for Sunday 19th July. Already announced to close the festival with an unforgettable set of popular reggae, Cliff will round off the music and comedy on the Main Stage and leave the audience on fine form for the last night of the five-day party.