The Andrew Simpson Sailing Foundation is planning a Guinness World Record attempt for ‘The Largest Sailing Event in the World Ever’. The event is called ‘Bart’s Bash’ in honour of sailor Andrew ‘Bart’ Simpson who lived in Sherborne, Dorset and it will take place on Sunday 21st September.

Simpson won gold at the 2008 Summer Olympics in Beijing as crew for skipper Iain Percy in the Star class representing Great Britain and he won silver in the 2012 games. He was tragically killed on 9 May 2013 when the catamaran he was crewing capsized while training for the America’s Cup in San Francisco Bay.

It is hoped ‘Barts Bash’ will attract mass participation from sailing clubs across the world and include anything from dinghies to yachts to multihulls.

Jez Payne from ‘The Bart Project’ said: “It is one of those ideas that has huge potential to be a major, major event that absolutely honours the core of what Andrew was about”. 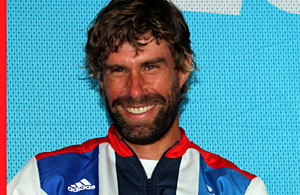 A 90 second film was launched on 1 February 2013 featuring some of the most successful sailors on the planet including Sir Ben Ainslie, the most successful Olympic sailor in history, Jimmy Spithill, the youngest ever skipper to win an America’s Cup, Robert Scheidt, the Brazilian winner of 5 medals in 5 Olympic Games, Paul Cayard, seven time world champion, Loïck Peyron, the current holder of the Jules Verne Trophy and Simpson’s former team mate Iain Percy,

322 clubs worldwide from across 17 countries are already signed up to participate. If you are the right person to sign your club up then please email tim@bartsbash.co.uk.